This year’s letter includes a lot: company performance, Buffett’s critique of accounting rule changes, and how much Berkshire paid in income taxes ($3.6 billion, which Buffett says accounts for 1.5 percent of all U.S. corporate income tax).

You can always find more in these annual letters, and in fact I ran the whole text through a word cloud generator, to try to learn from Buffet’s word choices and diction. (You can find that result here.)

If you’re a business owner, however, there’s an especially important truth contained in this year’s letter. It took Buffett just nine short words to address it.

And it’s about something almost nobody wants to admit.

A question of succession

The brutal truth Buffett found himself addressing is about leadership, corporate succession, and death.

As Buffett acknowledges, it’s something of an “urgent” question at Berkshire, given that he’s 89 years old, and his vice-chairman, Charlie Munger, is 96.

“Charlie and I long ago entered the urgent zone,” Buffett acknowledged. “That’s not exactly great news for us. But Berkshire shareholders need not worry. Your company is 100 percent prepared for our departure.”

The last nine words are the key. It’s hard for people to be brave enough to face their mortality.

But if you build a successful organization, that means people will be counting on you: shareholders in Buffett’s case, but also employees, their families, and other stakeholders. To perform and keep faith, they need to know what happens if you can no longer be the leader.

With a company led by a near-nonagenarian and an even-older top lieutenant, here’s what Buffett did to try to reassure key stakeholders that there’s a succession plan in place–even without actually naming who will take over for him.

If he’s not willing to name a successor publicly, Buffett has to signal somehow that he actually cares what happens to Berkshire Hathaway after he’s gone.

I think he’s done so effectively here by writing in the letter that:

Munger’s family’s net worth is similarly tied up, Buffett said, and the message is clear: Berkshire’s leaders wouldn’t be so heavily leveraged in their own company if they didn’t have faith in the people who will lead it after they’re gone.

“Key to my ‘Berkshire-only’ instructions is my fate in the future judgment and faith of Berkshire directors,” Buffett added.

There’s a lot of speculation that the ultimate successor to Buffett will be one of the firm’s top two “other-than-Warren-and-Charlie” executives. Buffett said he plans to give them each a greater voice at the annual shareholders meeting in May.

“I’ve had suggestions from shareholders, media and board members that Ajit Jain and Greg Abel–our two key operating managers–be given more exposure at the meeting. That change makes great sense.”

Giving them a bit more “air time” makes it more likely stakeholders could become comfortable with them.

Of course, it might also influence which of them (if it is, in fact, one of them) ultimately gets the nod. Either way, it lets shareholders see and become more comfortable with either potential successor.

You’re probably a lot younger than Buffett and Munger. But, it’s worth considering that smooth company successions are often the exception to the rule.

Last year there were 1,640 CEO changes at big companies, according to Challenger, Gray & Christmas. Many of them were clearly unplanned, and under difficult circumstances.

So that’s the key takeaway: Think it through, and have a plan.

Your plan can change over time. It might very well have to change, especially if you wind up staying in charge longer than you might have originally thought.

But the very fact of having a plan, along with sharing as much detail about it as you can, and projecting confidence in its success, will leave your company and your stakeholders in a better position.

That’s what Buffett clearly believes. You could usually do a lot worse than to follow his example. 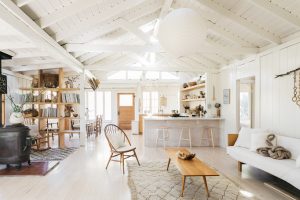 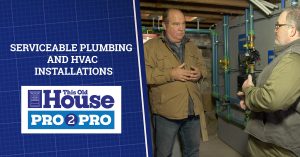