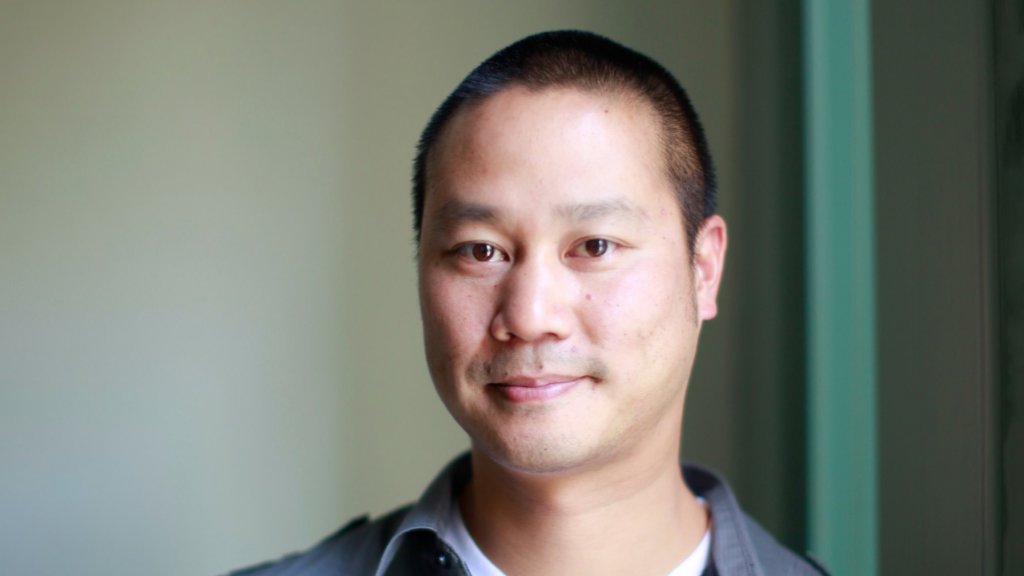 I hadn’t even gotten out of bed Saturday when I saw the news that Tony Hsieh, the former CEO and driving force behind Zappos, had died.

I had two immediate thoughts:

First, sadness. Hsieh was only 46, and that’s simply too young.

Second, bemusement, as a single word popped into my head, and I realized it’s probably forever neurologically associated with his name.

It comes in part from a question Hsieh used to ask during job interviews at Zappos: “On a scale of 1 to 10, how weird are you?”

He explained his reasoning a decade ago. “If you’re a 1, you’re probably a little bit too strait-laced for us,” Hsieh told Adam Grant. “If you’re a 10, you might be too psychotic for us. It’s not so much the number; it’s more seeing how candidates react to a question.”

Hsieh had a lot of influence on aspiring entrepreneurs and leaders, especially for someone taken at a fairly early age. And as I went about my day Saturday, he kept coming up.

I took my daughter to the playground, and I chatted with another 40-something dad. Our conversation turned to Hsieh, and this other dad reminded me that Zappos had a policy that offered $1,000 to new employees to quit.

It was all about finding fit and culture and happiness: I mean, if you’re willing to take $1,000 to leave a new job, it’s probably better for all involved that you do so.

As someone who once quit a job after 1 day and went quasi-viral for it, that resonated with me. So, I wrote about the 2-word policy, as part of Hsieh’s legacy.

Nearly 1 million people read it and many of them wrote to me about it. It’s gratifying to have contributed some small thing to his memory, and to have highlighted that legacy.

But still, I want to hold up “weirdness.”

Hsieh was roughly my contemporary — again, probably part of why his death at age 46 hit me so hard. And when we were growing up, “weird” wasn’t really a compliment. It was the G-rated version of insults that grade school bullies used on the kids they tormented.

Hsieh wasn’t alone in redeeming “weirdness,” but it really was part of the culture he sought to create at Zappos.

It was right up there in the company’s core values: “Core Value #3: Create Fun & A Little Weirdness.”

When Amazon bought Zappos in 2010, Hsieh wrote to reassuranace employees that Amazon wanted to “continue to build the Zappos culture in our own unique way,” and added: “I think ‘unique’ was their way of saying ‘fun and a little weird.’ :)”

(By the way, when Amazon bought Zappos, Hsieh wrote a very interesting first-person account of his experience in the process for Inc.)

But “weird” is still the word. It’s how his friend, the investor Chris Sacca paid tribute to him Saturday: “beautifully weird.”

And it’s wrapped up in how other friends and admirers remembered him: “eccentric” and “a man of contradictions” — a near-billionaire who built and lived in a trailer park in Las Vegas, and who kept a pet alpaca and wore a “sky-high mohawk” at times.

“He loved making other people happy, but I think he was also always trying to solve that puzzle for himself,” his friend, the journalist turned entrepreneur Sarah Lacy, told a newspaper. “I’m not sure how successful he was at it, to be honest.”

There’s some poignant irony to that observation, since Hsieh was very interested in what he called “the science of happiness,” and literally called his best-selling 2010 book, Delivering Happiness.

Frankly, it’s a problem for many entrepreneurs, especially the most successful ones.

The weirdness that leads you to look at the world a different way, and to see possibilities, can make it difficult to find contentment.

Many entrepreneurs wouldn’t trade it, but there’s a cost. So, you embrace whatever it is that makes you a bit weird, and you look for it in other people. Hopefully, you use it to build something, and to leave a legacy.

Someone once said that people die three times: when their body stops working, when they’re buried, and after the last time anyone says their name.

I thought about that on the anniversary of a good friend’s death. And I thought about it when I realized that two middle-aged guys who never met Hsieh were sitting in a park in New Jersey Saturday, talking about part of his legacy.

So here’s to Tony Hsieh, the “beautifully weird” CEO, and to imitating the best parts of what he left behind.