The days of simply relying on London to serve as your startup’s global headquarters are gone, now that the UK has started untangling itself from the European Union.

Just ask Nicole Sahin, who bootstrapped her company, Globalization Partners, to 200 employees. The company helps other corporates to hire in countries where they don’t have a physical presence; it’s active in more than 170 countries. On Tuesday, Sahin announced that she’d raised $150 million in private equity for her company, at a $500 million valuation. The money comes from Wincove Private Holdings, TDR Capital, and Sands Capital. Sahin will use that money to broaden the company’s footprint on the international landscape, hire sales and marketing teams in Europe and Asia, and increase her investment in technology.

Thanks to Brexit, Sahin expects that landscape to look at lot different than it did back in 2012, when she started Globalization Partners. “The U.K.,” she says, “is just taking a flying leap off the international stage. They want to be a small country on an island.”

When Sahin started Globalization Partners, she says, 90 percent of the time companies could expand into Europe by hiring a team in London. That didn’t necessarily mean relying only on British expertise: “London is so diverse that you could hire an entire European team out of London,” she says.

With Brexit, this is no longer the case. And, she says, there is not an obvious replacement for London: “There is no longer a default headquarters for Europe.” Ireland is probably the leading contender, which jump-started its popularity with low corporate tax rates. The Netherlands has done the same thing, says Sahin. Dublin is still “skyrocketing,” but Amsterdam is also growing as a tech hub. In both countries, she says, the legal system is relatively easy for startups to navigate. She expects to see companies put a back office in Ireland or the Netherlands, then hire a few salespeople in each country with a sizable target market.

Sahin is somewhat surprised that startups’ interest in France has increased. She says the legal system in France is “pretty unique” and “super bureaucratic.” Personal tax rates are high. “It’s hard for a person to want to go there and build from the ground up,” she says.

Individual industries, she says, might have different strategies. A fashion company is going to put its European headquarters in Italy or France, while a medical device company would likely choose Switzerland. A tech company would still likely choose Ireland.

Berlin has also been popular with startups, but Sahin says it’s getting too expensive. “That’s where the cool kids are,” she says. “That’s who you want to hire to run your tech company. But the rents are going up a lot and people are sick of it.” The alternative? Recently, it’s been Lisbon, and for very old-fashioned reasons. Says Sahin: “It’s cool, cheap, and beautiful.”

Previous post How to Leverage Choice to Elevate Your Coaching Game 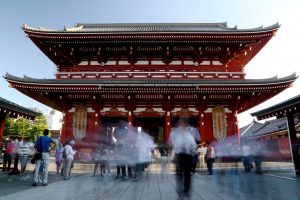