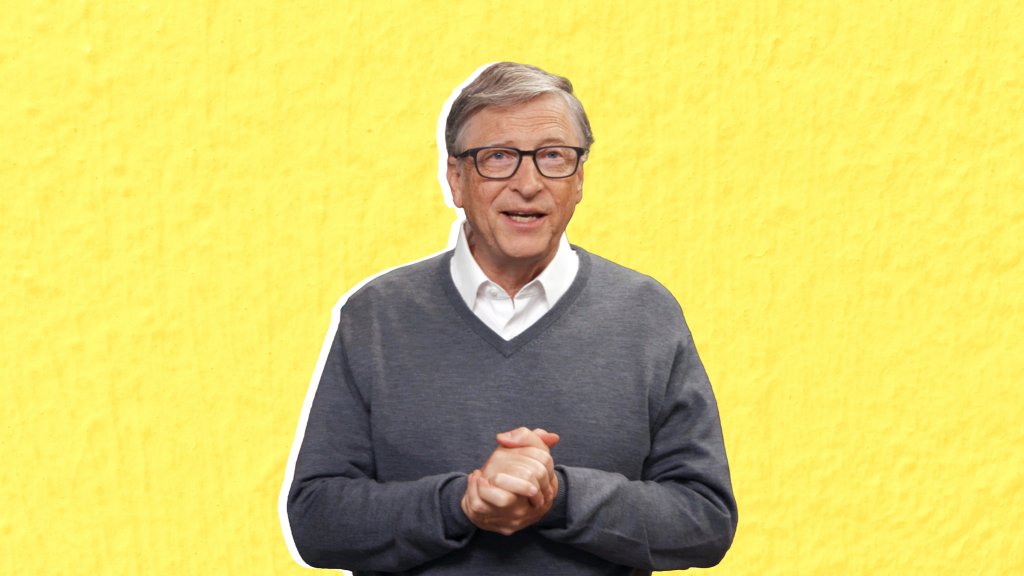 Back in 2015, Bill Gates largely predicted the pandemic. As a result, I’ve followed his subsequent pronouncements and predictions with special care.

No, Gates isn’t a perfect person, and he’s not the single source of truth. But after he’s dedicated so much time and money to combating the pandemic, I was eager to read his latest blog post, in which he revealed the “breakthroughs” that he thinks “will make 2021 better than 2020.”

You can decide for yourself, but I think he does a good job of wrapping up positive developments, and delivering them in a way that’s hopeful without being Pollyannish.

Here are the 12 hopeful takeways I found in his article. You can find the whole 4,000-word article on GatesNotes.

1.     The sheer speed of vaccine development.

Starting off, Gates says the sheer speed with which pharmaceutical companies have created and tested not one, but two vaccines, is worth being grateful for.

“Humans have never made more progress on any disease in a year than the world did on COVID-19 this year,” he said, adding that usually, vaccine creation can take a decade. “This time, multiple vaccines were created in less than one year.”

2.    Largely, people have accepted the use of masks and social distancing.

I know we haven’t reached anything near 100 percent use of masks and commitment to social distancing, but Gates says that by and large people bought into these practices.

It’s especially hopeful that these measures will continue to “slow the spread of the virus and save lives” while vaccines are being distributed, he wrote.

The pandemic was global, and as vaccines rollout, Gates said he’s hopeful that we’ll be able to continue attack the problem on a worldwide basis, too.

There are some big challenges, of course, many of which Gates referred to in the rest of his article. But by and large, he expressed optimism.

Earlier this year, Gates talked about his plan to invest billions to develop vaccine manufacturing capacity for seven potential vaccines, while expecting only two of them would work out.

Now, however, Gates says that the development of two good vaccines suggests others will be successful too.

“With so many companies pursuing different approaches, there was a much better chance that some would prove to be safe and effective. There are two already and more may be coming,” he wrote.

5.    The emergence of shared financial risk.

One of the big reasons why vaccine development is usually so slow is the financial risk involved. But Gates said he takes inspiration from the fact that so many entities stepped up to share the risk.

“In some cases, it was a national government, such as the U.S. or Germany,” he wrote. “In others it was the group called CEPI, the Coalition for Epidemic Preparedness Innovation, which is funded by our foundation and several government and philanthropic partners.”

From vaccine to development we hit the next big challenge: manufacturing. In fact, the worldwide vaccine production capability will basically have to double in a single year to meet demand.

One of the reasons Gates said he sees reason for hope and gratitude here is the development of “second source agreements,” which pairs pharmaceutical companies across borders.

“It’s hard to overstate how unusual these second-source agreements are,” Gates wrote. “Imagine Ford offering up one of its factories for Honda to build Accords.”

Producing the 5 billion to 10 billion needed doses is difficult enough, but we’re already seeing that the next thing to tackle after that is distribution.

“That’s both a logistical hurdle and a financial one,” he wrote. To  be honest, his article suggests this is the biggest challenge remaining, but Gates expresses hope that experts will figure it out, and that rich countries will help poorer ones.

Even before Covid-19, there were people who were skeptical of vaccines in general, and overcoming enough of that skepticism is of course a challenge.

“It doesn’t help that there are false conspiracy theories about vaccines, including some that involve Melinda and me,” he wrote, adding his hope that “credible leaders–politicians, community leaders, scientists, and family doctors especially” will be able to overcome the persuasion problems.

Gates cited progress in therapuetics as one of the things he’s truly grateful for. Among them: steroids like dexamethasone and monoclonal antibodies.

Much like the vaccine, the next challenges are production and distribution.

“To deal with that, our foundation underwrote a second-source agreement in which Fujifilm Diosynth will produce an antibody developed by Eli Lilly,” he wrote. “These doses will be earmarked for low- and middle-income countries and priced accordingly…”

“With any luck, the days of the jam-a-stick-to-the-back-of-your-throat COVID-19 test will soon be over,” he wrote.

The big remaining challenge in the U.S. has to do with getting test results fast enough to be of use. But, there’s progress.

“Just last week, there was some good news on this front when the FDA approved the first diagnostic that people can use at home, without sending a sample to a lab. It works a lot like an at-home pregnancy test,” he wrote.

“One thing I’m happy to have been wrong about–at least, I hope I was wrong–is my fear that COVID-19 would run rampant in low-income countries,” Gates wrote.

In fact, the case and death rates in sub-Saharan Africa are actually below the U.S. and Europe.

This good news is tempered, however, by the fact that shifting to focus on Covid in Africa “disrupted efforts to detect and treat HIV/AIDS, malaria, tuberculosis, and other diseases. As a result, COVID-19 stayed low on the list of health threats, but other problems came roaring back.”

12.    Overall, global cooperation has been good.

Here’s the kicker: it’s a global pandemic, and Gates says that by and large, the world has come together ot fight it. And that portends well for other global challenges.

“This global cooperation is one reason why I see promise in the year ahead–and not only the promise of getting the pandemic under control,” he wrote. “I believe the world also has a chance to take concrete steps on one of the other great challenges of our time: climate change.”