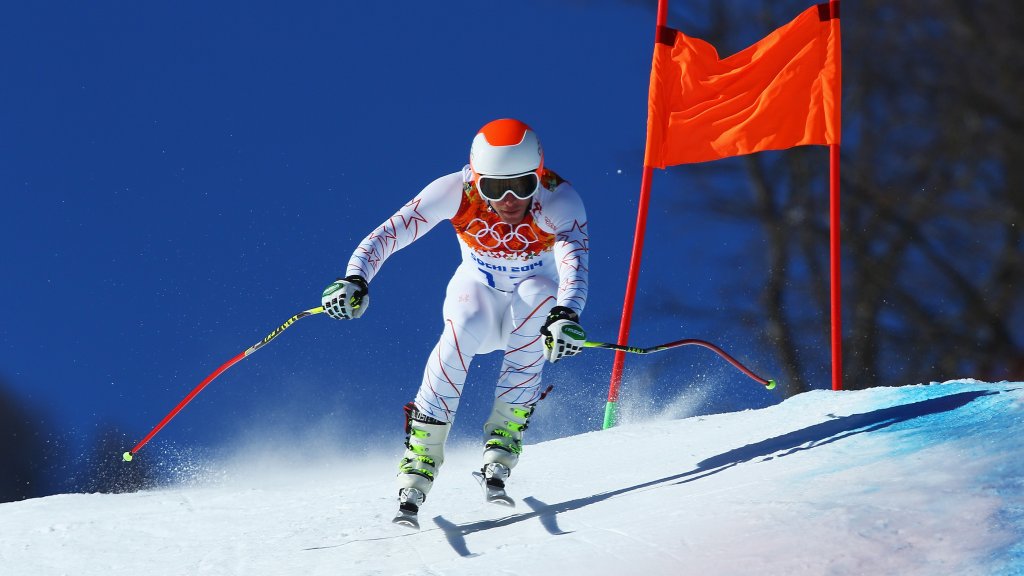 It comes to us courtesty of Bode Miller, the most successful American male alpine ski racer in history. I interviewed him recently on a Zoom call, along with about 30 subscribers of my daily email newsletter, and he explained the surprising mental trick he used in order to harness intensity, and win an Olympic gold medal.

Let’s set the stage. Miller had been in three previous Olympics games when he competed in Vancouver nearly 11 years ago, but he’d never won gold. In the Super Combined, which included two races in a single day, he fell to seventh place during the initial leg.

Then, he got to the starting gate for the second race.

Before talking with Miller, if you’d asked me what was going through his mind at that moment, I might have guessed it was a last-minute mental walkthrough of the course.

Or maybe he focused on how long a road he’d traveled to get there, and how much he wanted to win.

Nope, he told me. He wasn’t thinking of any of that.

Instead, he used a creative mental trick. He let his mind drift away, and focused intensely and deliberately on an imaginary story that he’d crafted for that very moment: a made-up scenario about rescuing his sister from danger as a kid.

This is exactly the kind of exercise he’d used in hundreds and hundreds of ski races, he explained: fixating on vivid, emotional stories, to the exclusion of the technical task at hand.

The idea was to trust the hours of practice and the muscle memory he’d developed, while also training a completely different part of his brain to manufacture intensity, so he could execute.

“I hadn’t been skiing slalom well at all, and I had no business competing with those top guys … I knew my best chance was to kind of put my brain in that spot, very high intensity, kind of a ‘saving my sister from … a fire’ type of scenario. And then just set it, and kind of surrender to the will of the billion or so people watching the Olympics.”

It worked, famously. (You can watch the video of Miller’s win in a video embedded at the end of this column.) In fact, Miller said that without doing it, he never would have won.

He said he developed the technique at a very young age, growing up in extremely rural New Hampshire, in a house so remote that getting to it required a mile walk through the woods.

He’d ski all day, and get a ride most of the way home, but still have to travel that last stretch in the dark.

“I’d walk home through the woods by myself at 5 or 6 years old, and there was a huge fear aspect, right?” he said. “There’s no streetlights … 90 percent of the time, no flashlight or anything. So to overcome that fear, I would tell myself these stories.”

As soon as he got in the door, he said, he’d fall out of his trance, and even shake from trepidation. But it taught him how to use the memory or thought of an unconnected, emotional experience in order to achieve a daunting task.

Wait, they let a 5-year-old walk through the woods?

Now, in case you’re wondering how on earth a young kid growing up without money as Miller did could afford ski equipment and lift tickets — to say nothing of being allowed to walk a mile or more to a ski mountain by himself — we covered that separately.

But for our purposes, let’s focus on how Miller said he’s used a very similar trick in his more recent career in business, and why he thinks other people can adopt it, too.

We spoke this week, for example, as he’s been involved as co-owner and investor in an digital ski platform and app called SKEO.

In short, the trick is about mastering the techniques and objective, data-based things you need to do to succeed, but also harnessing the power of these creative, made-up stories to increase intensity.

“It’s not terribly easy,” he said, “although I think it’s it’s probably doable for almost every person out there. And it really does work. It works in business. It works in relationships, raising your kids, all that stuff. But it does take a bit of work.”

I was a bit skeptical at first, wondering whether Miller was actually remembering the moments of his biggest ski triumphs accurately, and most of all how it translates into business-related activities.

But Miller offered a few examples that made sense: for example, giving a presentation to hundreds of people, or pitching to investors — while focusing at least partially on other intense experiences, and channeling that intensity to improve performance.

Unpacking everything, I think there are three key elements to making this work: First and foremost, you have to have the right technical and objective skills to begin with.

In other words, while Miller talks self-deprecatingly about his talent and form as a skier, he was at a World Class level. It’s not as if I, for example, could use this technique to win an Olympic ski race — or even, frankly, that Miller could do it now, at age 43.

But if you do have the technical ability to complete at that level — if you know your presentation cold, or you understand thoroughly the argument you’re making in a negotiation — then this whole mental trick is about adding that extra 10 percent to your performance.

Or maybe even just 1 percent that makes the difference–and separates really good from truly great.

Second, it has to be the right kind of emotion and intensity.

As an example, Miller said it wouldn’t have worked for him to have focused on an intense but angry memory during that 2010 race — for example the memory of not winning in previous Olympics.

If you think about the emotions involved in the “saving his sister” story that he used — adventure, danger, risk, heroism, love — that’s probably closer to what he needed.

In other races, he said he sometimes harnassed the memory of being a very little kid, when his father carried him into the ocean.

“He’s holding me, and he’s crashing through the waves, and I just remember being really kind of thrilled but relaxed and felt safe, really kind of insipired,” he explained, “the love for my dad and kind of that cool feeling of being young, but also the thrilling aspect.”

Finally, the mental exercise has to be authentic.

It won’t work if you can’t truly imagine yourself in the scenario you’re trying to focus on, or if you’re inartfully trying to squeeze an emotional experience out of something that doesn’t really fit.

“If it’s not really real, you’ll just jump right back into what reality is at that moment,” Miller said.

Instead, he said, the story or the memory you’re focusing on has to be “real enough that your brain gets fully immersed in it and distracted, so that you can just use your muscle memory — use what you’ve got, unhindered by all your junk.” 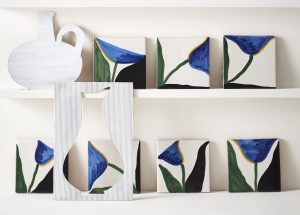 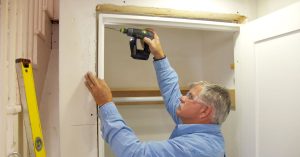 Next post How to Install an Interior Door (with Video)